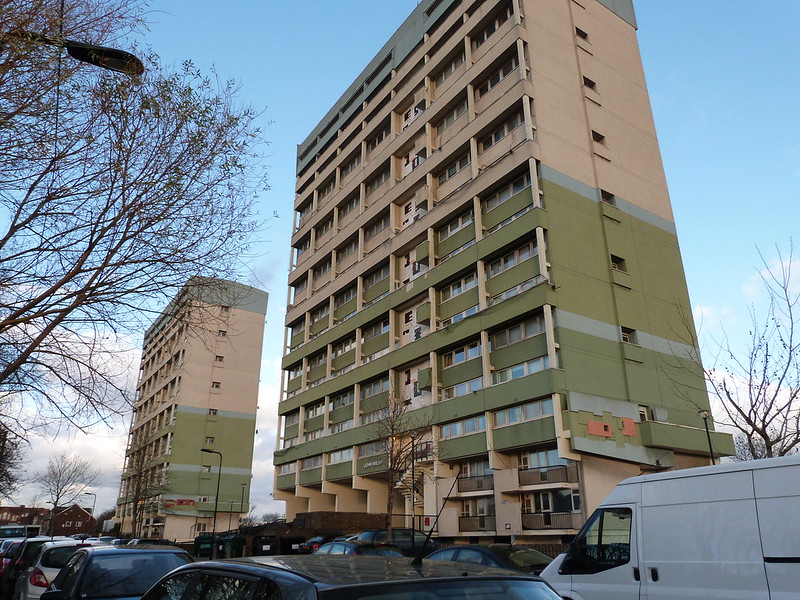 A demolition notice has been served on two landmark Leytonstone towers.

Amid anger over the number of social housing units being axed from the re-build Ascham Homes has served initial notice on Fred Wigg and John Walsh Towers.

The multi-storey towers which house hundreds of families in Montague Road are set to be stripped back to the bare structure and rebuilt around the outside in a regeneration bid, but they will not be torn down completely.

However, the number of social housing units will be stripped back from 234 to 160.

The notice, given by the council, outlines the plans to replace all flats from numbers one to 117.

It states the deadline is seven years from now: “The regeneration will replace existing Council homes with new, improved accommodation and the construction of a low rise infill block to provide up to 46 additional newly built flats.

“The Council intends to demolish the Relevant Properties before 8 the March 2022.”

Tens of millions of pounds will be spent on the project which will span six years.

Also, designs have revealed another building to be erected in the middle of the new towers.

Some of these new flats would be sold on the open market to raise £30million towards the project.

The public meeting heard from the former assistant director of housing for Hackney council, Peter O’Kane, who lives in Ferndale Road, Leytonstone.

Campaigners and objectors have called the plans ‘risky’ and have been heavily critical of the number of council houses being cut.

This site uses Akismet to reduce spam. Learn how your comment data is processed.